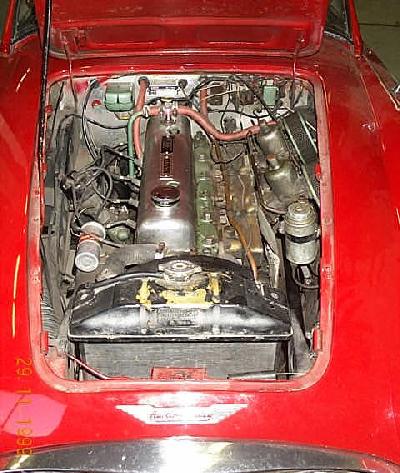 We never realized how lucky we were.

In the late ‘90s we had a customer bring in a 100/6 that was having problems as a result of coolant leaking into the oil. The leakage only seemed to occur when the engine was warm and the cooling system was at operating pressure. After a long and involved period of analysis we discovered that the water was leaking through a tiny crack in the block about half way down one of the bores.

Our local race engine shop had recently acquired a sonic cylinder wall thick tester and using that piece of new technology we determined that the walls of that block were perilously thin in many areas as a result of being bored to 3000 specifications and the only solution was to rebuild the engine with a 3000 block.

After I read in Geoff Healey’s book “The Story of the Big Healeys” that the engine block had to be redesigned to produce the 3000 I put two and two together and decided not to “overbore” any more 100/6 blocks.

Unfortunately this problem was not common knowledge and just before I sold my business we purchased a “race ready” 3000 for a long time customer never imagining that the engine had been produced from a 100/6 block.

The engine ran for about 20 minutes before it “grenaded”.

The following photos illustrate the result and should serve as testimony as to the folly of “overboring” a 100/6 block.