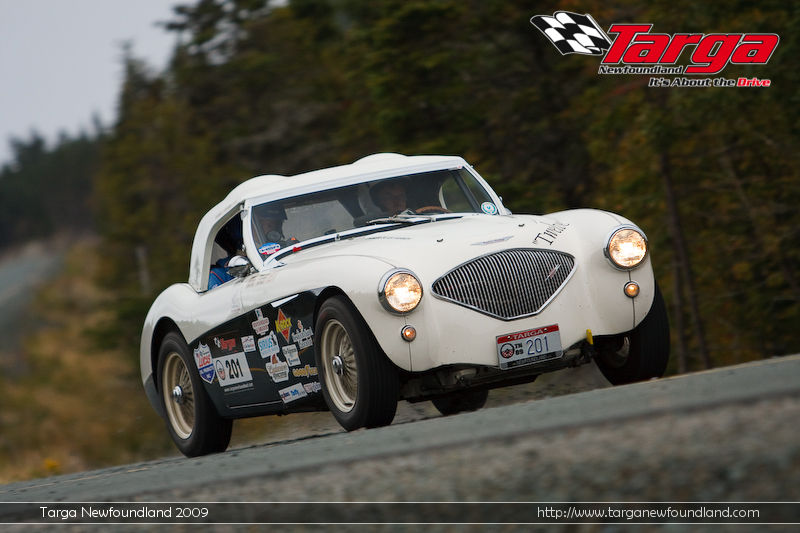 Why I’m Raising AHX12 and Fitting a Sump Guard

The roads in Newfoundland are somewhat rough; that is to say they are actually very rough. In the 2004 event the first turn of the Clarenville stage was a down hill right hander with a steep uphill exit. I was set up for the corner and braking hard when a huge bump, which was actually a rock poking through the road surface, appeared directly in the middle of my chosen line. I tried to judge where to momentarily release the brake pedal to lift the front of the car over the bump but that tactic just didn’t work and I managed to split AHX12’s pan. As soon as I started to accelerate up the hill we could smell oil and see smoke behind us. Fortunately the stage was only about 5 km and 12 litres of oil takes a fair while to drain through a 1 inch long crack; furthermore, as luck would have it, this was the last stage of the day so we had time to get the pan off and braized and were back in the running next morning.

We weren’t smart enough however to think to raise the front suspension a little and two days later the same thing happened at the beginning of the 30 km Leading Tickles stage. Again we pounded a rock and this time split the pan around the drain plug. We took enough time to glance under the car to see a steady stream of hot oil running from the back of the engine but I figured that if we stopped on the side of the road right there and waited until we could get help we would be out of the event so I decided to press on as fast as I could in the hope that we would finish the stage before the engine ran dry. To add to our troubles the leaking oil was being blown onto the exhaust so we were leaving a smokescreen that would prevent anyone from getting by. As we didn’t want to be responsible for holding up another competitor, we really hustled. After 20 km the smoke stopped and the oil pressure dropped to zero.

This was the last thing we wanted to see but we decided to press on sure that any second we would hear the engine’s “death rattle” as the rod bearings started to give out. Amazingly that old Austin engine just kept on sluggin’ as we drove the last 10 km, at full race speed, and managed to clean the stage with the engine sounding as good at the finish as it did at the start. Ten kilometes at race speed with not a drop of oil in the engine. Amazing what a nitrided Diesel crankshaft and Valvoline Racing 20/50 can do.

Of course we weren’t out of the woods yet. There we were stopped at the end of the stage with a huge hole in the pan and one liter of oil that we had forgotten was stowed in the trunk. As we sat on the side of the road scratching our collective heads we noticed that no more cars came through the stage and were informed by the spectators that the stage had been closed because there had been an incident, with two cars off, very close to the end. To our relief the support crew for the Pacione Team, one of the crashed cars, didn’t hesitate to come to our aid. They hailed us over to their truck and, while trying to find out what had happened to their car, helped us clean off the pan and glue the hole closed with JB Weld. They then gave us oil to top up the engine and get us on our way.

That’s the TARGA SPIRIT. Thanks guys…we owe you.