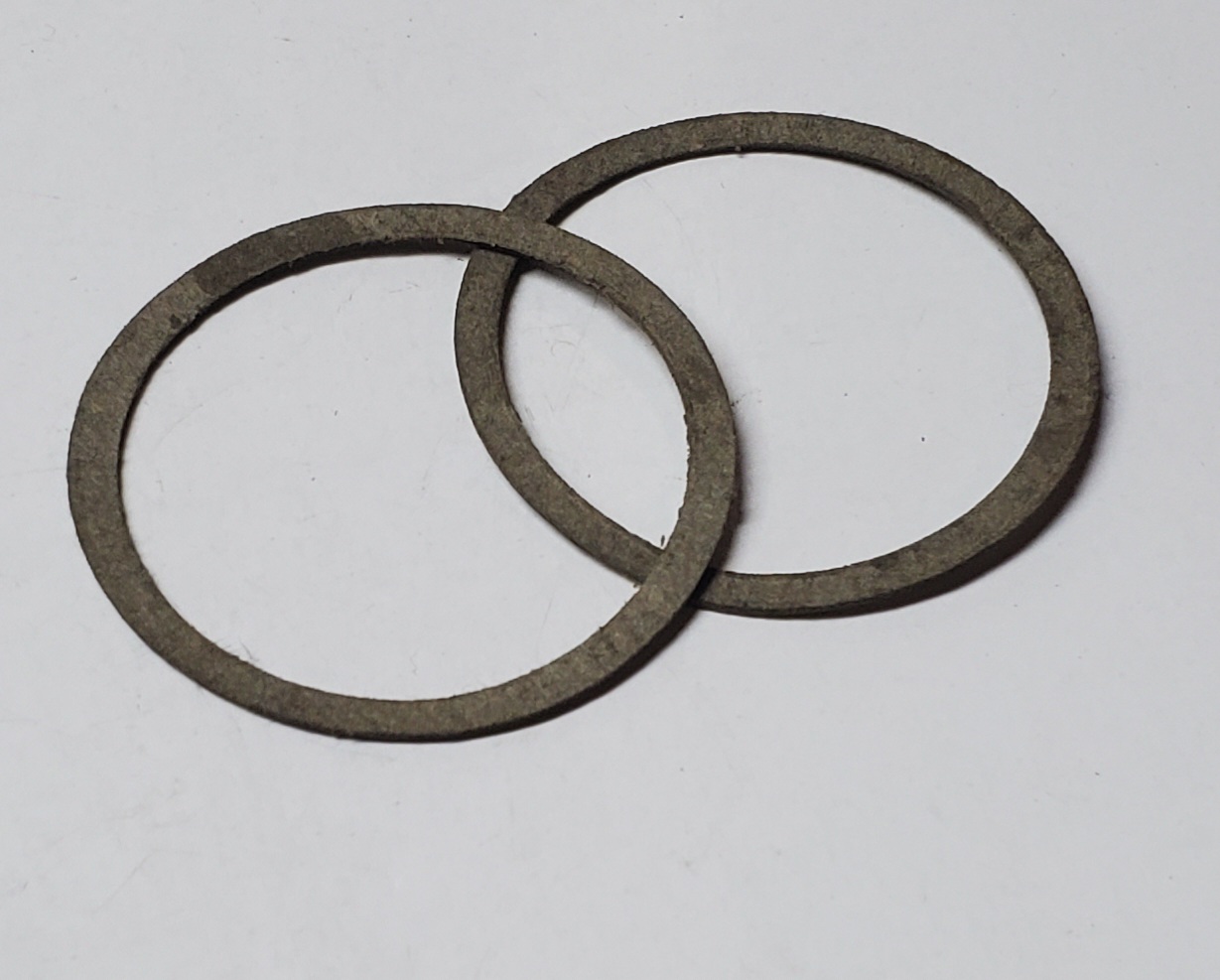 What is an Oakenstrong Washer?

I received a copy of an SU information bulletin from Earl Kagna during my research into whether or not identification tags were fitted to Austin Healey 100 carburettors. Our local SU guru Blain Hughes was good enough to send me pictures of what he had in the way of ID tags from SUs with the type of float chamber lid held on by one center cap nut.

These tags are a different shape from the type used on SU carburettors having float chamber lids held on by 3 screws which look like this.

Anyway, back to Earl’s SU bulletin.

Does anyone know where that name comes from?

BTW the jury is still out on whether or not Austin Healey 100s had carburettor tags but, as no one has been able to come up with one or even a photo of one, it seems fairly likely that they were not fitted.

It is possible that they were not used because of the extra space required under the float chamber cap nut for the support strut that is used between the carburettors and the inlet manifold as can be seen in this photo of #174’s carburettors.

Interestingly the cap nut used on the H6 (100M) Item No. N1 is noted as being “long”. Perhaps it was lengthened to accommodate the tags on the 100M, if they had them.

UPDATE:  I have managed to contact Chris Ramsey of Jointine Products (Linkinshire) Limited and here is his response to my inquiry about the name “Oakenstrong”. ‘There isn’t a lot we can tell you about Oakenstrong from the old days, as it is a brand that was acquired by our predecessors in the mists of time (possibly in the 90s or 80s from when it was owned by a Scottish firm).”