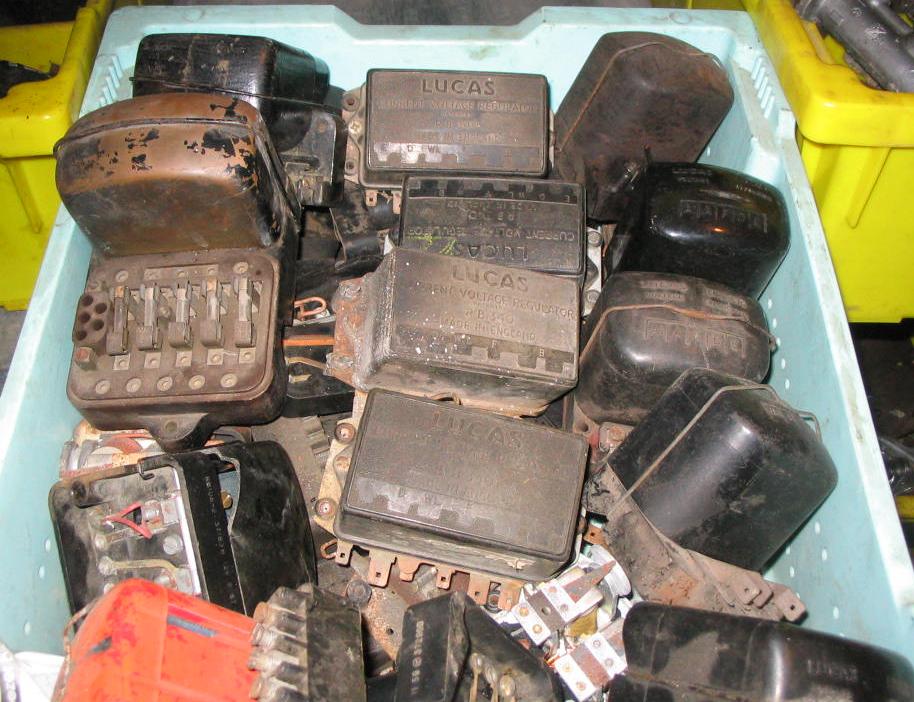 I am seeking the advice of the British Sportscar aficionados out there to resolve a problem that I have encountered.
As many will know I used to own and operate Precision Sportscar and our speciality was Big Healeys. At the peak of the business, in the mid eighties, we had 8 full time employees and occupied a 12000 sq. ft. building. During the 23 years that I ran the business we accumulated a huge inventory of new and used parts. I used to pride myself that we had a parts order fill rate of something like 95% and our used parts inventory was well organized and very complete.
Unfortunately the early 90’s were a really tough time in the British Sportscar business and we were forced to diversify. To keep the doors open I started Magicare, an automotive service business devoted specifically to Chrysler minivans, at a time when one vehicle in eight on Ontario roads was a Caravan or Voyager. The idea was quite successful but unfortunately with my enthusiasm for British Sportscars in general and Austin Healeys in particular I quickly discovered that I didn’t want to be the manager of a general repair facility.

By the time the Healey business improved sufficiently to support a specialized business I was pretty burned out from the rigors of day to day servicing of kiddie carriers and when the opportunity to sell the business came along I sold it off.

Since then the business has changed and evolved, as businesses must do, and as a result I now have ended up still owning the inventory of British car parts.

The problem I have now is…what to do with the inventory?

We are not talking about a couple of shelves of used bits here. The new parts had an original purchase cost of around $200K and the used parts occupy three 40 foot trailers. Despite having been picked over for the last few years there are still hundreds and hundreds of useful parts in there and I’m very loath to send them off to the scrap man.
To give you some idea from memory in the used parts there are at least 40 Healey doors, not to mention Sprite MGB TR4 – 6 and Spitfire, probably 40 – 50 shrouds, dozens of  fenders and piles of top frames, gearboxes, engines, windshield frames, differentials and on and on and on. The new parts include what is left of everything that you could imagine would ever be asked for in the way of service or over-the-counter parts. We never stocked upholstery but there are tops, tonneaus, exhaust parts, windshields, brake cylinders kits and hoses, distributor parts generators, bearings, rings, gaskets set, etc, etc,  etc.

I have tried to sell off stuff on eBay but quite frankly that has been only marginally successful because of a lack of time and enthusiasm on my part and the sheer volume makes that look like a very daunting task. I’m definitely not interested in selling off individual parts one at a time because my life has moved on.
So guys, what to do with all this stuff!! Don’t send me requests for this or that part, I won’t answer but if anyone out there has an idea for how to get rid of the lot in one go let me know before someone out there must be able to use this treasure trove.