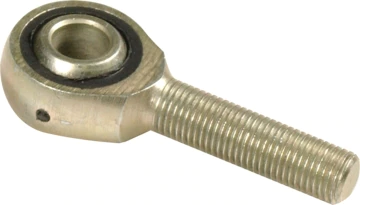 Targa is over for another year. It takes a while to come back to earth after the event and this year was no exception.  2008 was my 5th year of Targa competition and certainly one of the better ones. With AHX12 now in its 4th year in the event I believe we have sorted out most of the bugs and turned it into a very competitive Targa car and Michael Oritt, my neophyte co-driver in 2007, really came into his own and started feeding me accurate and timely instructions throughout the grueling 5 day event.
There is no question that Blair Harber’s vision for AHX12 seems to be coming to fruition. When he and I competed in 2003 and 2004 the car performed very well and proved to be quite reliable but after a 2 year hiatus Michael and I found last year that the intensity of the competition had risen to a new level and the 6th overall position that Blair and I achieved in 2003 was not going to be easy to repeat.

As can be read in my earlier posts I made some substantial improvements to the rear axle casing on “12” this year to overcome the weaknesses revealed in our minor off road excursion in 2007. There is no question that designing and installing the 4 link system with the Watt’s linkage was a good decision, but minor bugs in the new design proved to be the weak link in our campaign last year and, unfortunately, again this year.

In 2008 Targa reconfirmed its reputation as “The Ironman of Motorsport” with Eastern Newfoundland’s rough and twisting roads taking the usual toll of competitors. The results show that of the 48 starters in the Targa Class, 3 cars rolled,  4 scratched with mechanical problems and one went “off road”, which is never a good thing in Newfoundland because the locals store their rocks in the roadside ditches.

With Michael’s vastly improved navigating skills we managed to keep AHX12 on the black stuff throughout the entire event and only went off course once while trying to negotiate an extremely complex intersection which was very poorly illustrated in the route book.

Unfortunately after securing a solid 1st place over the first twelve stages “12” met her match in the form of a huge pothole on the extremely rough Glenwood Stage on day two.
As soon as we started this penultimate stage of the day things started to go “pear shaped”. The road was so rough that in my efforts to drive around rather than over the holes and bumps I found that we were starting to run behind our required average speed. As we rounded the last sweeping right curve of the stage we were about 0.1 KPH over the required average so I deliberately took a wide line with a late apex in order to keep up our average and hopefully “clean” the stage. Great idea, poor execution. So intent was I on looking ahead to get the best speed through the turn that I  missed seeing the huge crater on the left side of my line until the very last second and, with the car on the limit of the adhesion of the Avon tires, we just didn’t have the grip to jog right and avoid it. You can view Keith Tanner’s video of the stage taken from his Miata here to see just how rough the stage was.

“12” hit the hole with a tremendous crash and immediately the car slewed right, almost spinning. The impact on the already fully compressed left rear suspension was just too much for the lower left suspension link and the head of its rod end parted from the thread. This resulted in all the forces being transferred to the upper right link and it too collapsed. With nothing to stop the differential from rotating under braking or acceleration we weaved down the last 200 meter straight, virtually out of control, to cross the finish 11 seconds late.

As it turned out only one car cleaned the stage and if we had made it we would have retained first position with a one second lead over the eventual winner.

When we jacked the car up on the side of the road a few yards from the finish I realized that we were very lucky to have finished the stage at all as the only thing stopping the entire differential assembly from rotating was the coilovers!
A quick radio call summoned our support crew with the Carcamel.  Being able to load the Healey onto the Camel and, against all the rules, quickly transport it to the start of the next stage saved the day. As we whistled down the Trans Canada Highway the support crew and I formulated a plan.
Upon our arrival at the start of the next stage in Gander we unloaded the car and used the tie down straps from the transporter to lash the rear axle to the frame so that we could at least try to complete the 7 kilometer stage within the trophy time.
Perhaps an explanation of “trophy time” required. The first goal of all the Targa crews competing is to complete every stage of the event in “trophy time” which is 35% longer than the target or “base time” for the stage. One makes target time for an overall win but you only have to make trophy time to get the coveted Targa Plate.
With the precarious condition of the car we were granted permission to start the stage as last car. This removed the necessity for me to watch for cars catching us as we weaved and wobbled a wounded “12” through the stage and meant that we wouldn’t hold anyone up..
As luck would have it the start of the stage was delayed which resulted in the last cars starting in the dark which in turn resulted in the stage being downgraded to condition 2 and our just making our trophy time.

We limped back to the service point at the Gander Arena to see what could be done to repair the rear suspension. This was achieved with the help of the good people from the Gander Arena and in particular Andy Gillingham who took our 2 broken rod ends, and a third which was cracked, and welded them back together to get us through the event.

Thanks again Andy and the team at the arena; that’s 2 years in succession that you have saved our bacon.
Although we were still in the running for our Targa Plate the 11 seconds in Glenwood and then the 2 minutes 45 seconds in Gander had dropped us back to 32nd place overall. This was starting to look like a repeat of 2007!!

The rest of the event was relatively uneventful for us, but some entrants had their moments!!

With dogged determination and the usual attrition we managed to work our way back up to 23rd by the end of day three,  15th by the end of day 4 and then finished in 9th place overall just ahead of Frank Sprongl 3 time North American and five time Canadian Rally Champion in an awesome 1983 factory prepared Audi Quatro Coupe.

When we got back home I pulled the rear suspension apart to see if I could determine what went wrong. It didn’t take too long to figure it out. The problem was my choice of parts because, in my efforts to economize, I opted for less expensive rod ends and careful examination of them and their specifications revealed that their ultimate tensile strength was only around 7000 lbs, plenty for normal driving but when subjected to the loads that the Glenwood pothole provided they just couldn’t take it.