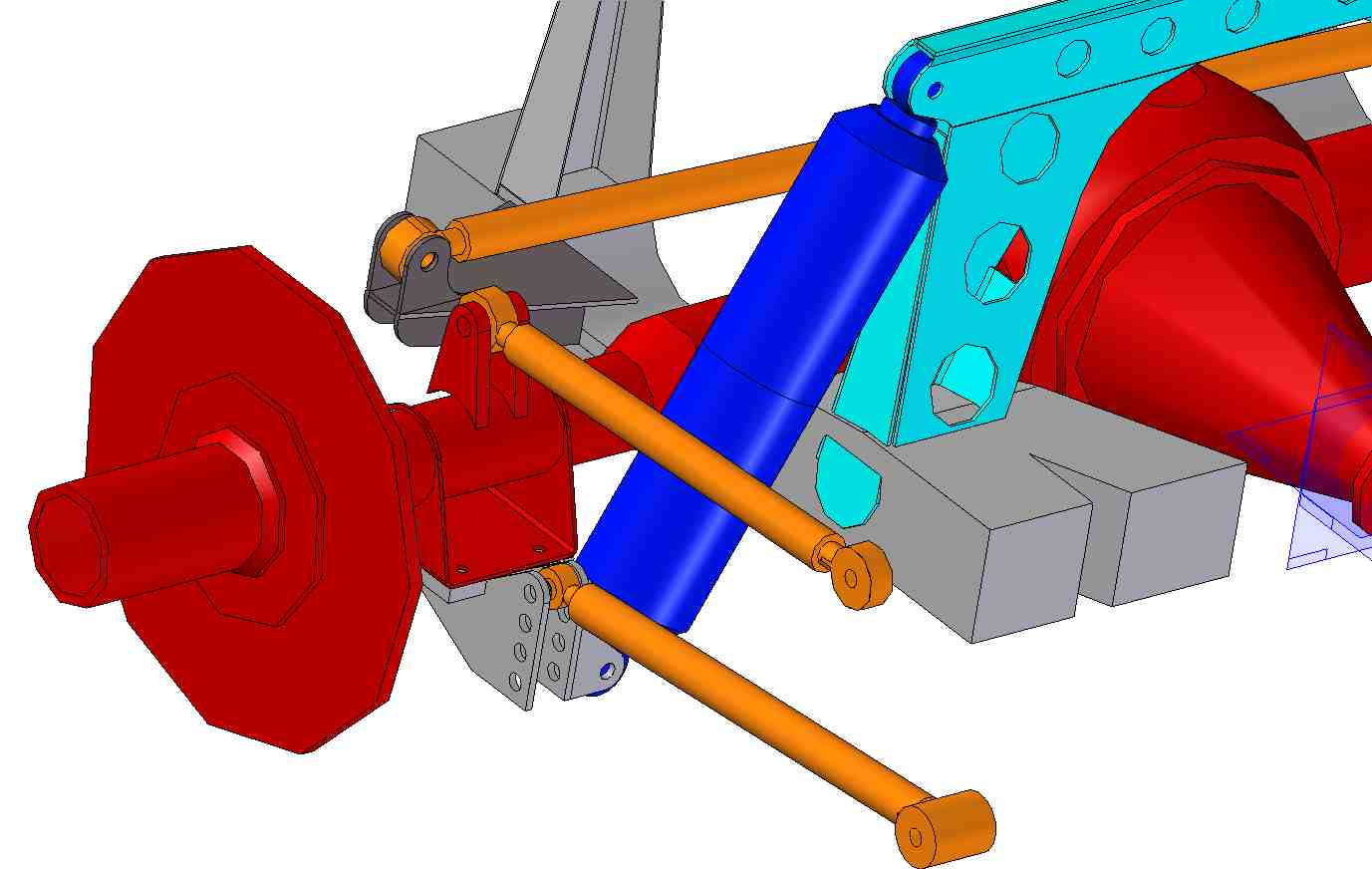 The Targa Newfoundland 2007 is over and it proved to be a very revealing test of my revisions to AHX12’s rear suspension. By reading my previous posts on the subject you will get an appreciation of why I decided to make this fairly radical change to the suspension and how I did it.

All in all the suspension system was a success. I managed to get quite a bit of track time with the car after the work was completed and, once I had managed to sort out anti roll bar settings and find suitable tires, there was no question that there was a dramatic improvement in the handling. Unfortunately driving around a smooth race track is not the way to test for Targa conditions. The roads in Newfoundland haven’t improved much over the last 5 years and at best they could only be described as “rough”. Frost heave is a big problem in the maritime climate and the damage that this causes to the roads is something that needs to be seen to be appreciated.It was not the rough roads however which proved to be a test of the new set up but a small “off-road excursion” on the first day of competition.This “incident” in part involved jumping over a rather substantial ditch before bowling over a couple of small pine trees and coming to rest on top of one of them.

The “jumping” part of course resulted in a “landing” part and it is that which, as is normally the case, caused the damage. Although we managed to get the car off the trees and continue on our way we were not aware that the rear axle casing was bent and that the axle shafts were being subjected to enormous stresses which would result in the failure of one some 200 kilometers down the road.

For those of you who have managed to stay awake this far here is an analysis of what actually happened.

You will recall that to install the coilover suspension I fabricated plates with gussets on them to pick up the lower end of the coilovers. This moved the point where the axle casing was subjected to the weight of the car inward about 2″.

This increased the moment about the wheel by about 20%. I figured that this in of itself would present no real problems. Little did I realize that the BN1 axle casing had an inherent design flaw. As depicted in the drawing there is a very sudden change in section of the casing about 3″ inboard of the spring bracket. This change of section makes the tube very weak at that point. For this weak area the additional moment resulting from the movement of the load together with the ditch jump was just too much and it bent at this point on both sides.

This bending caused the axle shafts to rub on a scroll seal which is inside the machined “snouts” which the rear hub bearings mount on. I actually had no idea that there was a scroll seal in there and cannot really figure out why it is necessary. Anyway this rubbing of the shafts on the seal must have been sufficient, after a long straight run, to heat up the axle shaft to the point where it was weakened and it broke.

In the photo below the difference between dimensions “A” and “B” is an indication of how much the casing had bent.

The BN1 differential is a spiral bevel unit and uses an Austin casing which interestingly is pressed from one piece of 0.140″ thick steel. When we had the diff out and in pieces on the ground one of the onlookers started taking photographs of the casing and studying it very closely. I got chatting to him and found out that he worked for a manufacturer of differential casings in Toronto. It just so happened that they were just “inventing” a completely new system of pressing out diff casings using one piece of steel and he was dumbfounded to hear that the same process had been used by Austin some 60 years previously!!

It was not until I got the car back home and took a look the axle casing on my 100S that I realized that the Healeys must have been aware of this weakness. The 100S differential although still a spiral bevel unit uses a casing which does not have this change of section, in fact the 100S axle casing doesn’t look like an Austin axle casing at all but appears to be a Morris pressing much like that used in the BN2 and later Healeys. These casings are made in the more traditional method using 2 halves welded together. I suspect that the 100S used a modified MGA casing. As I don’t have many spare 100S diff housings lying around I had to come up with a modification to strengthen what we were using in AHX12. I could have opted to install a BN2 type axle but the BN1 unit is considerably lighter and I have a substantial investment in special axle shafts, hubs and limited slip units which would not be of use with the BN2 diff.

This is my solution.

I have cut the original housing off just inboard of where it would normally contact the frame rails on full droop and replaced the outer sections with 2.5″ 0.187 wall welded tube.

The original “snouts” from the old diff have been turned down and welded onto the ends of the new tubes after 4 laser cut brackets, with pick up points for the radius arms and coilovers, were installed. This is what the fnished job looks like prior to the installation of the hub and brake.

All this work should go a long way toward strengthening the rear end which of course wouldn’t be necessary if I would just stay on the road!!