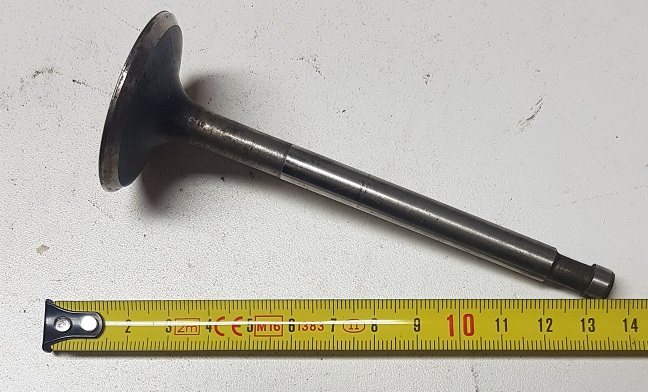 Back in the early ‘80s the word on the street was that all little British Cars were doomed. Unleaded gas was coming, the sky was going to fall, and the exhaust valve seats in the Austin, MG and Triumph engines we all love to tinker with, which were made from cast iron, would be destroyed as a result of the lack of lead in fuel.
The theory was that the tetra ethyl lead in leaded fuel provided a lubricant which prevented the hot exhaust valve momentarily welding to the valve seat and then ripping some material from the seat when it next opened.
Like many others in the industry we at Precision Sportscar geared up for a huge influx of head work anticipating that instead of one or 2 MGB valve jobs a month we would be doing one a day; retirement loomed large.
Well…it didn’t happen, in fact the reverse happened; we stopped getting the MGB valve jobs and the sky stayed firmly fixed over our heads.
Some companies who had spent large sums developing replacement cylinder heads for those engines wherein it was impossible to install hardened valve seats were seriously underwhelmed by the sales numbers and budgets were revised.
Precision Sportscar didn’t do one MGB head job from the time that leaded gas was withdrawn from the market and the stock of cylinder heads that I had accumulated sits on the shelf to this day.
So what happened?
Well it turns out that unleaded fuel is actually easier on valve seats that leaded fuel in most engines. In fact leaded fuel causes pitting on cast iron seats and, unless the engine has small valves and is run very hard, the exhaust valve seats will probably last longer on unleaded fuel than on leaded!!! I guess somebody made some money out of the rumor but it wasn’t me.
I had pretty well forgotten all abut the dreaded exhaust seat recession issue until last fall when I was given a snow blower because its owner couldn’t get it to work.

This was a Sears Craftsman 5HP unit with a four stroke Techumseh HSSK 50 single cylinder side valve engine. It would start easily and run all day until you pointed it at some snow. As soon as snow hit the auger the engine stalled. I fiddled with the carb for a couple of hours because the symptoms were exactly like those produced by a blocked main jet and, because people invariably leave fuel in the tank at the end of the winter, blocked jets are not at all unusual in seasonal equipment.
It wasn’t until I did a compression test that I realized that the carburetor was not the problem. I pulled the head off, expecting to find a hole in the piston only to discover that when the exhaust valve was closed you could rotate it in the block with your finger. The valve was not closing completely because this engine was the first I had encountered with VALVE SEAT RECESSION!!!

Upon reflection this was the ideal engine to suffer from the dreaded recession. The exhaust valve was about the size of my thumb nail and when in operation it would run flat-out until the snow was cleared.
I popped the valve out, ground a few thou off the tip of the stem reinstalled it, fitted a new head gasket and the snow on my driveway was soon heaped at the side.
So exhaust valve seat recession does happen, but not to Austin Healeys, MGs and Triumphs.
Anyone need a new MGB head? I have several.