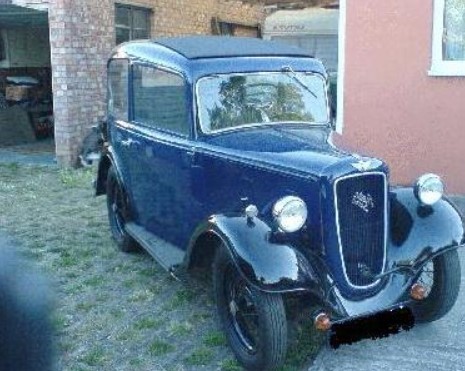 Those of you who have been paying attention will have noticed that in my previous post I lamented the fact that we were unable to get more than about 6000 r.p.m. out of AHX12’s engine. I’ve done a lot of reading on that subject since we did those dyno tests and now have a better understanding of what we were up against and now, upon reflection, it all seems very simple. In my earlier days of “hopping up” engines, as it was called back then, we had no idea why our 750c.c. side valve Austin Seven engines would not exceed much more than 4500 r.p.m.

Even down hill with a stiff tail wind the old bombs would top out at about 80 m.p.h. and nothing we did, short of dropping them off a cliff, would make them go any faster.

The general consensus among the more learned of our friends was that we had reached 3000 feet per minute average piston speed. Theories abounded as to why this number could not be exceeded but most were based around things like “the ring package would stop working” or “there would be uncontrollable blow-by” or “the rod bearings couldn’t handle anything more”. It always struck me as strange that we didn’t see a lot of evidence of this. Excessive blow-by would surely have been indicated by clouds of smoke and although we had the occasional cases of engines “putting a leg out of bed” as it was called back then that was usually because someone forgot to check the oil.

The engines just wouldn’t go any faster. It seems that we were somewhat off track and the real explanation is far less complex.

To develop power an engine has to ingest a gulp of air (which contains a bit of fuel). The force to get this air into the combustion chamber comes from the good old 15 p.s.i. (pounds per square inch) of atmospheric pressure. What the atmosphere has to do, when the inlet valve opens, is accelerate a slug of air through the port, past the valve and into the cylinder. The problem is that although that slug of air doesn’t weigh that much 15 p.s.i isn’t that much of a force. Everyone knows that the rate of acceleration is proportional to inverse of the mass being accelerated and the force accelerating it. In simple terms the old atmospheric pressure can only push so much air down that port in a given amount of time. At 6000 r.p.m. the piston moves from the top, essentially where this process begins, to the bottom, where it ends in 1/100th of a second. That isn’t that long. Now there are a bunch of “mitigating circumstances” but when you get right down to it that is what has to happen. Things can be improved a bit by making the valves open longer and further, or cleaning out the ports and fitting bigger carburetor throats but the fact remains that 10,000r.p.m. just wasn’t going to happen on a long stroke 750c.c. side valve. Once the engine needs more air to go any faster it changes from a blower to a sucker and that is that.  We were up against the same problems with AHX12. We had pretty well doubled the power from the original 92 b.h.p. and to go much further we would have to tap Bill Gates for an engine development program loan and as far as I know he isn’t a petrol head.