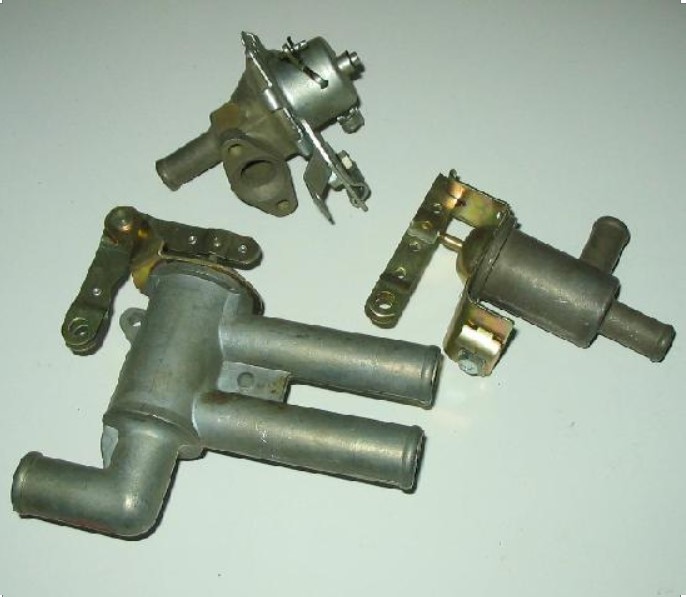 So Judy and I have decided that the time has come to sell the old homestead and move to the sticks. We have pretty well had it with the traffic and the way our neighborhood is changing. We are only about 150 meters from Yonge St in the middle of North York which is one of the suburbs of Toronto.

I just went out to the street and took these two photos of the signs on the first buildings I came upon.

I must say I have a better understanding of why the French in Quebec have their “French Only” sign law although, I vehemently disagree with that. However…I digress….

As we have only ever owned one house and therefore never sold a house this is all a new experience.

The GMDS has commanded that the house has to be emptied out and all the junk disposed of so the house can be “staged” for sale. Of course by “all the junk” she really means all my stuff. Now I admit I do have a tendency to be a little bit of a “pack rat” but hey, when someone needs something I’ve probably got several, in various colours, in fact several in each colour but, if you need it,  …….. I’ve got it.

This of course means I have to sort through all my “stuff” and I have a lot of pretty neat stuff.

For example I’ve got a little cannon that someone gave me which is actually a pencil sharpener; now I don’t actually use pencils any more but ….. well….it just to good to throw out.

I’ve got a tin whistle,

I’ve got some old tobacco tins,

, I’ll bet you don’t even know what a Cherub MkIV Log is… well you can find out here: I’ve got another piece of the log as well but I’m not quite sure where that is. My Dad was the commander of some mine sweepers around New Zealand during WWII and he scored this log when a Panamanian freighter tried to cut across their bows out in the Hauraki Gulf. I can’t throw that out!!

I’ve got a pivot pin from the clutch in AHX12, my good friend Ian mounted it on a block of wood and presented it to me because this little part cost us a class win on the 2003 Targa Newfoundland.

and there is my Durant hub cap,

and that phone jack adaptor that I meant to take to New Zealand this winter to give to my brother in law Ian who lives in Abingdon U.K. because I’m pretty sure it fits a U.K. phone jack…he must need it.

or the wooden Yogi I bought on the beach for less than 1 cent on my first trip to Bali,

and then there is the spare battery for my first video camera.

The camera is long gone so I suppose the battery should go too but …you see….. you aren’t meant to put them in the garbage so I haven’t quite figured out what you are meant to do with them.

These are genuine Smiths heater valves, I have about 3 dozen of them……but I’m not actually sure what they fit.

Well, one of the types of heater valves was in the catalogue and I actually sold the one I had; another was in there as well but, it only fits a Commer Cob II, if you don’t know what that is don’t worry, you aren’t alone, and there aren’t a lot of people out there restoring Commer Cobs, let alone the Mk II version which, by the way, uses a different heater valve from the MkI and the MkIII. Mind you I did find a picture of a Commer Cob in my Dumpty Book of Motors which is on my bookcase.

Unfortunately the other types of heater valves, each of which I have about 30 weren’t in the book!!

Now all this stuff was just on one corner of my desk, and I’ve got the rest of my office, the store room, my workshop and the garage to clear out.

Better get on with it!!!!    Fortunately it is only a single car garage…which is another reason why we are selling the house…