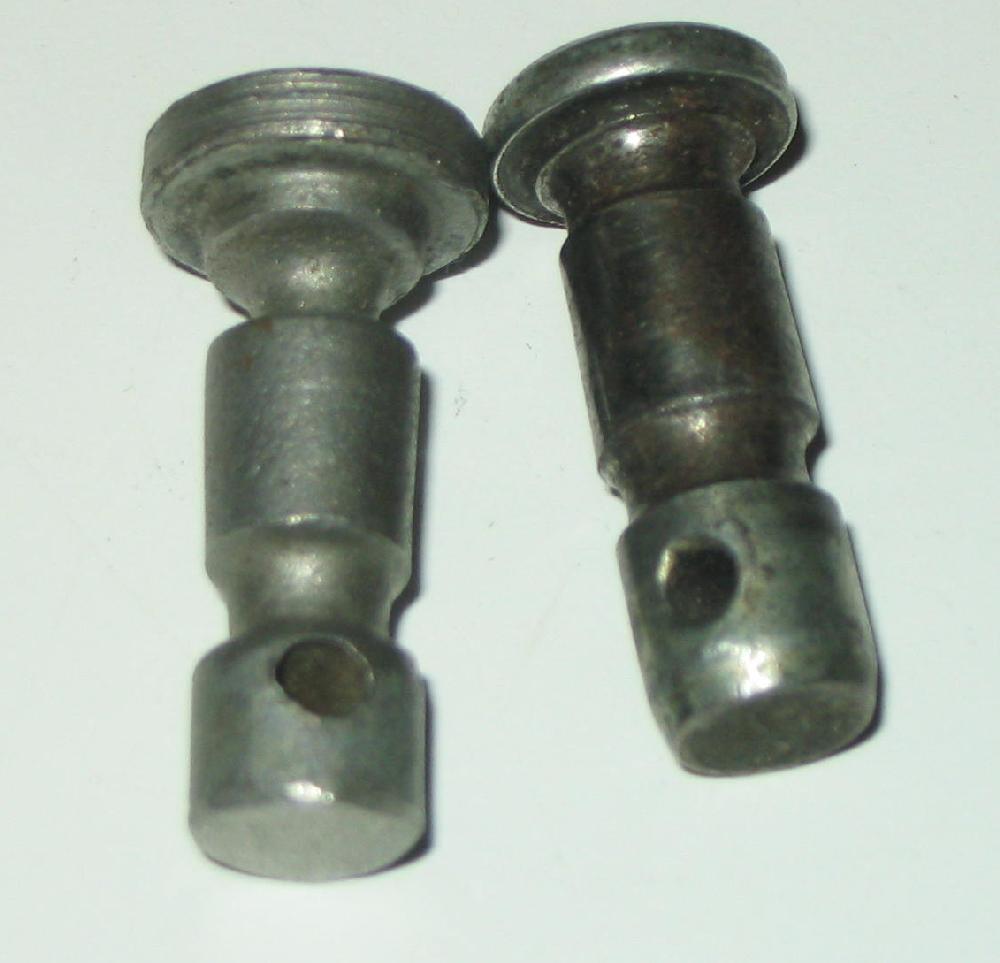 When the workers on the BMC assembly lines assembled Austin Healeys I’m sure they were told time and time again to put a dab of grease on the master cylinder clevis pins before installing them. These are the little 5/16″ diameter pins which form the attachment between the pedals and the brake and clutch master cylinder push rods.
Probably, when the “governor” was looking these little items were dutifully coated with some sort of grease however, most of the time, they were slipped into place without so much as a sniff of lubricant of any sort.

The sad fact is that it takes longer than the warranty period for something like this to wear out to the point where it is noticeable so I’m betting that the practice continued unchecked throughout the 15 years of Healey assembly.

The result is that after a considerable mileage these un-lubricated pins get badly worn.
These are a couple of examples that I removed from Healeys over the years.

Unlike modern cars the braking systems in Healeys, and for that matter most cars built before 1968, were designed with no duplication meaning that if one brake component failed the entire system failed. After 1968 all North American market cars had to have  “tandem” braking systems but, interestingly, this duplication does not include this little item, so failure of this pin can still cause total brake failure.

Another interesting thing about brake systems is that for the most part they are used very gently; after all vigorous application of the brakes usually makes passengers nervous. The only time that brakes are applied hard is during a “panic” stop and that, of course, is when components are subjected to the greatest loads and failure produces the most serious consequences.

I’m constantly amazed that I have never heard of an accident having been caused by brake failure attributable to the shearing of one of these pins. I’m sure that there are plenty of MGB’s and Healeys and Triumphs running around, all of which use the same system, with pins as worn as much or even more than those shown here.

If you drive a high mileage British Sportscar this winter may be a good time to check these out.