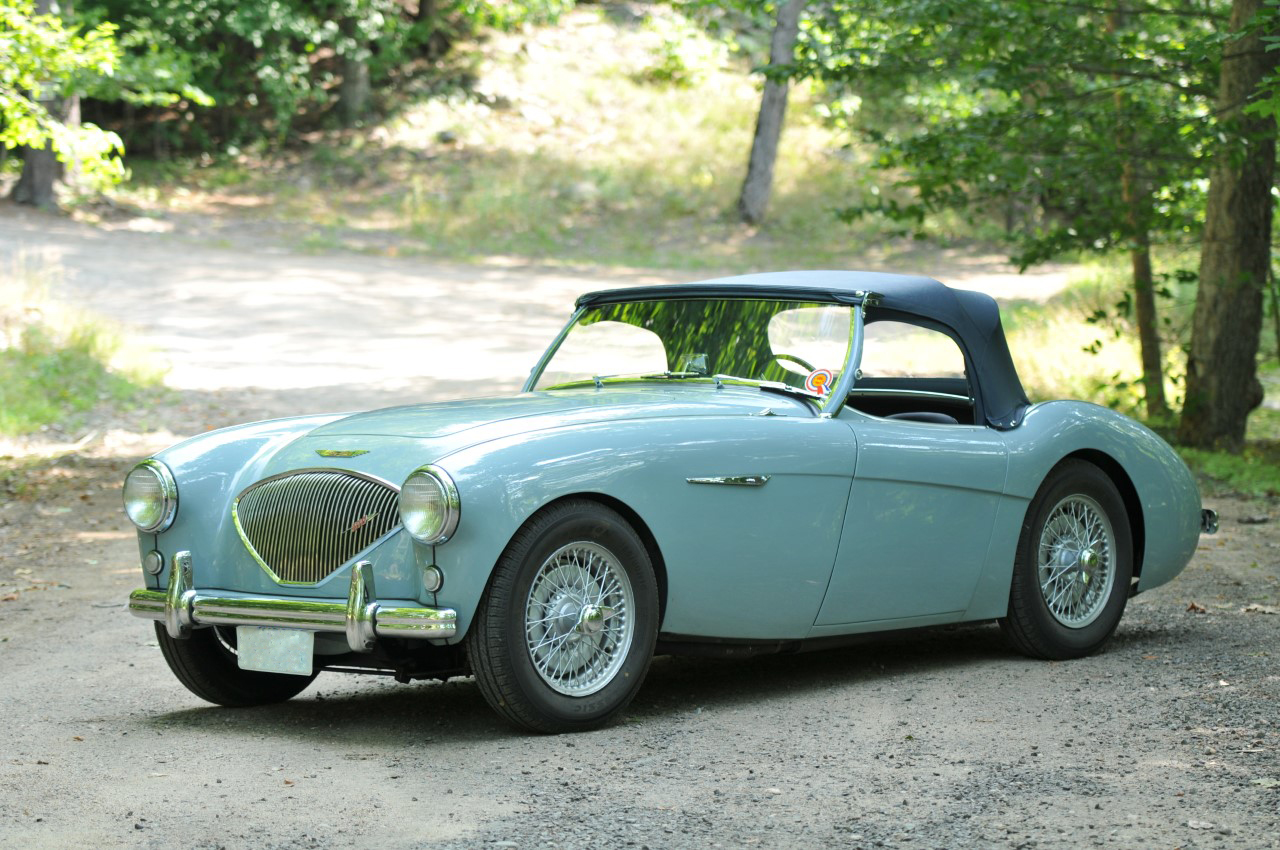 Austin Healey #174…What colour was the frame?

One of the things I tried to take particular care to record as I took this car apart was any evidence of original paint.

There is no question about that on this car.   It was black!!

I am aware that the colours do not display well in all of these photos but ‘m pretty sure you will get the idea.

This is what the inside of the rear shroud looked like. Black!!

This is what was under the asbestos heatshields. Black!!

I have discussed this subject with one expert and I believe he has an good  explanation. “The factory, probably Jensens,  painted everything with a cheap black paint that probably faded to a dark brown colour over the years. ”

I  found that chocolate brown paint on parts which could be described as “sub-panels”, namely the dash and the gravel guard.

This is the inside of the dash. Chocolate Brown!!   (some repair required here)

But, here is the interesting part.

This is of the corner of the inside of the dash…Black over Chocolate Brown!!

This definitely poses a bit of a problem for the “faded to dark brown” theory!!!!

P.S.  I would like to make the intent of these posts absolutely clear.

All I’m doing here is trying to document and publish my findings on THIS PARTICULAR CAR which I want to restore to as close to original delivery condition as possible.  In no way is this intended to upset the concours “applecart”.

I am not trying to imply that any or all other early Austin Healeys should have the same characteristics…This is what I found on #174 and that is all.

I have disassembled a lot of Healeys, starting way back in 1976, and I’m pretty experienced at determining what is original and what has been monkeyed with.

To prevent any confusion if I’m not sure that the characteristic I’m describing was on this car when delivered I won’t post it here.